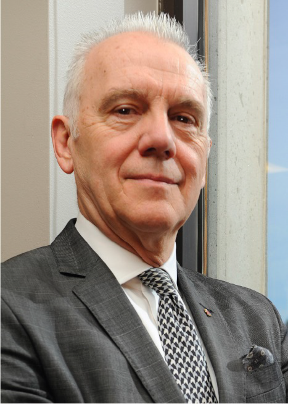 Michel is a Board Director for the Chronic Pain Centre of Excellence for Canadian Veterans, and we could not think of a better representative and champion for Veterans’ care needs.

Lieutenant-General Michel Maisonneuve is a distinguished Canadian who has dedicated his life to the service of his country, throughout a successful military career spanning 35 years. He spent an additional 10 years after retiring from the Canadian Armed Forces (CAF) as the Academic Director at the Collège militaire royal de Saint-Jean (Royal Military College Saint-Jean), and three years as the chosen advocate for the Veterans of Ste. Anne's Hospital. In addition to his professional activities, Lieutenant-General (ret’d) Maisonneuve volunteered his own time and capable leadership talents to many worthy causes, including fundraising for soldiers and their families, and with the Chronic Pain Centre of Excellence for Canadian Veterans.

At home in Canada, he has been a true defender of bilingualism and the use of French in all facets of his life and career. In every mission, posting, task or event, he always utilized both of Canada's official languages, publicly encouraging the use of both and acknowledging the presence of both linguistic groups in every audience. He also ensured that his subordinates always felt comfortable using both regardless of their skill level. In NATO he challenged himself to learn at least one phrase and greeting in each of the 26 national languages represented at the time. Leading by example in this enthusiastic manner made him a much beloved officer by the junior ranks and young officers under his command.

Lieutenant-General (ret’d) Maisonneuve also had the courage and strength of conviction to testify against then-President of Serbia-Montenegro, Slobodan Milosevic, and on two other occasions testified against other War Crimes perpetrators.